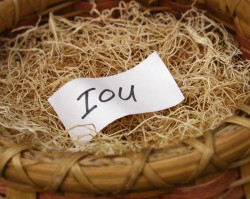 The United States Internal Revenue Code, section 409A regulates the treatment of “non-qualified deferred compensation” for federal income tax purposes and for the timing of deferral elections and of distributions.

“Deferred compensation” is any arrangement where an employee receives wages after they have earned them. The common use of the phrase refers to “non-qualified” deferred compensation and a specific part of the tax code that provides a special benefit to corporate executives and other highly compensated corporate employees.

Deferred compensation is a written agreement between an employer and an employee where the employee voluntarily agrees to have part of their compensation withheld by the company, invested on their behalf, and given to them at some pre-specified point in the future. Non-qualifying plans differ from qualified plans as:

Non-qualifying Deferred Compensation Programs is often only available to senior management and other highly compensated employees of companies. Although not restricted to public companies, there purpose of the plan is usually to reduce the risk that a key employee would leave the company and join a competitor. The Non-qualifying Deferred Compensation Programs is offered as an incentive and “lock-in” the employee to their current company.

A note on risk for Non-qualifying Deferred Compensation Programs

Assets in a Non-qualifying Deferred Compensation plan doesn’t fall under ERISA and is a general asset of the issuing corporation. While the corporation may choose to not use or borrow those assets, legally they’re allowed to. Further, should the company fall into financial difficulties, the company can be forced to give deferred compensation assets to creditors in the case of a bankruptcy.

A “qualifying” deferred compensation plan is one that is compliant with the ERISA, (the Employee Retirement Income Security Act of 1974). Qualifying plans include:

ERISA, has many regulations, one of which is how much employee income can qualify. As of 2008 the maximum qualifying annual income was $230,000. So, for example, if a company declared a 25% profit sharing contribution, any employee making less than $230,000 could deposit the entire amount of their profit sharing check (up to $57,500, 25% of $230,000) in their ERISA-qualifying account.

Assets in qualifying Deferred Compensation plans that fall under ERISA (for example, a 401(k) plan) must be put in a trust for a sole benefit of its employees. If a company goes bankrupt, creditors can not get assets inside the company’s ERISA plan.

Federal income tax rates change on a regular basis. If an executive is assuming tax rates will be higher at the time they retire, they should calculate whether or not deferred comp is appropriate. The top federal tax rate in 1975 was 70%. In 2008, it was 35%. If an executive defers compensation at 35% and ends up paying 70%, that was a bad idea. If the reverse is true, it was a great decision. Only time will tell what tax rates will be, but the decision to pay the taxes once the rates have changed is irreversible so careful consideration must be given.

This Website is for informational purposes only and does not constitute a complete description of our services or product offerings. This website is in no way a solicitation or an offer to sell securities, investment advisory services, annuities, qualified plans, non-qualified plans or insurance except, where applicable, in states where we are licensed and registered. Information throughout this site, whether statements regarding products or services, taxes, the market or other financial information, is obtained from sources which we and our suppliers believe reliable, but we do not warrant or guarantee the timeliness or accuracy of this information. Nothing in this website should be interpreted to state or imply that past results of any investment or policy are an indication of future performance. Neither we nor our information providers shall be liable for any errors or inaccuracies, regardless of cause, or the lack of timeliness, or for any delay or interruption in the transmission thereof to the user. THERE ARE NO WARRANTIES EXPRESSED OR IMPLIED, AS TO ACCURACY, COMPLETENESS, OR RESULTS OBTAINED FROM ANY INFORMATION POSTED ON THIS OR ANY "LINKED WEBSITE." "Understanding Wealth", "Executive Wealth Builder" and "Final Gift" are registered trademarks of Business Planning Group.